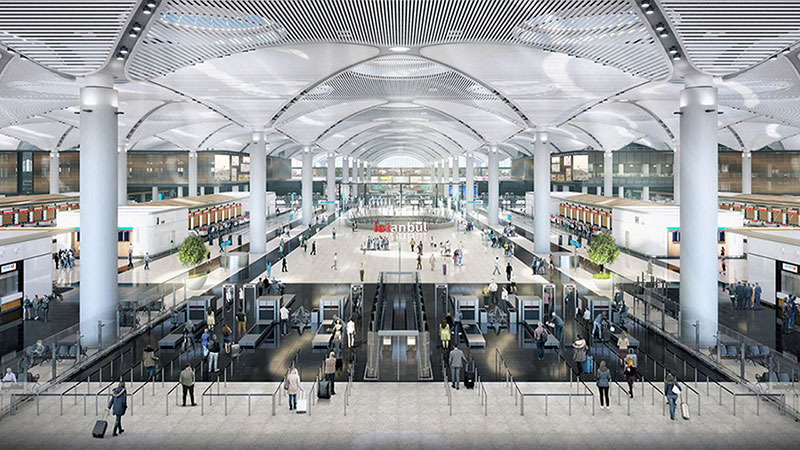 The “world's new hub” was officially opened by President Recep Tayyip Erdogan on Monday 29th October, the 95th anniversary of the founding of the Turkish Republic.

President Erdogan announced that the airport would be a model to the world in terms of its architecture, construction, operation, and finance.

The ceremony was attended by world’s leaders such as the presidents of Albania, Kyrgyzstan, Kosovo, the Turkish Republic of Northern Cyprus, Macedonia, Moldova, Pakistan, Serbia, and Sudan, the chairman of Bosnia and Herzegovina's Council of Ministers, Azerbaijan's parliament speaker, Bulgaria's prime minister, and other ministers from different other countries.

President Erdogan mentioned that Istanbul is Turkey's largest city by its population and its most valuable brand name and that Istanbul Airport is a big investment not only in Turkey but also in the region and the world.

And he added that Istanbul Airport will serve 150 million passengers annually and if needed the annual capacity can be raised to 200 million.

With Monday's opening, a total of 90 million passengers can use the airport on a yearly basis. He noted that the airport will continue to grow until all phases are completed by 2028.

Turkish Airlines shifts to the new airport by year's-end, Ataturk Airport will change to other uses, such as training activities, aviation fairs, and civil use.

He also mentioned that the new airport represents a €10.3 billion ($11.6 billion) investment in all its phases, adding that it will offer nearly €22.2 billion ($25.3 billion) in revenue to the government.

The opening of the new airport will improve Turkey’s key role in the integration of global economies.

President Erdogan added that "With Istanbul Airport in service, European airspace will need to be restructured, since Istanbul will be the most important transfer point, the routes of intercontinental flights will also change accordingly."