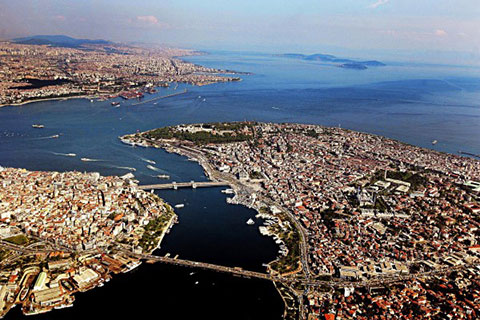 Property sales in Turkey rose by 2 percent on an annual basis in August, the Turkish Statistical Institute (TurkStat) reported Friday. Moreover, 114,751 houses changed hands in Turkey last month, marking a 41 percent increase compared to July. The considerable rise in house sales in August is attributed to the cuts in home loan interest rates as well as campaigns to revive the housing sector.

Mortgages for house sales in the country remarkably increased by 1.2 percent to 36,458 units compared to the same month last year.

House sales with mortgages had a 31.8 percent share of all house sales in Turkey. Currently, the mortgage rate for 120 months is between 0.95 percent and 1.15 percent per month in Turkey.

In early August, in response to the government's call to cut annual interest rates on home loans below 10 percent to revive markets, more than 20 big Turkish banks went for rate cuts on housing loans. The sector representatives welcomed these decisions, saying that this shows the confidence in the Turkish economy and that they expect further rate cuts both in the housing sector and other sectors to support a sustainable growth in the economy. In addition, experts had previously said that they expect the effects of these cuts to be reflected into the housing market as early as possible.