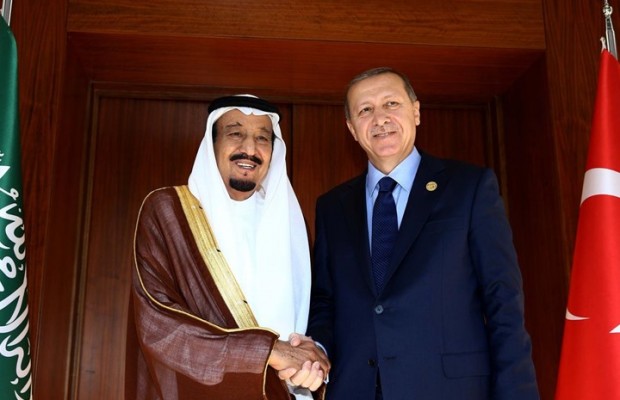 According to some media sources, Turkey and Saudi Arabia reached an agreement on the establishment of a high-level strategic cooperation council to set up  to strengthen investment, economic and investment cooperation between the two countries.

“The council will be interested in many matters, including security, property, political, economic, trade and investment fields as well as energy, education and other fields,”

The announcement came after Turkish President Recep Tayyip Erdogan met with Saudi King Salman in Riyadh on Tuesday to discuss boosting ties.,The two leaders also talked about how we strengthen investment between the countries of the Arab world in particular between Saudi Arabia Turkish Transactions. That came us  Saudi Arabia is the third investor in Turkey, And  the most important Arab countries investing in turkey istanbul