More Than 25 Billion Liras of Investments in Istanbul 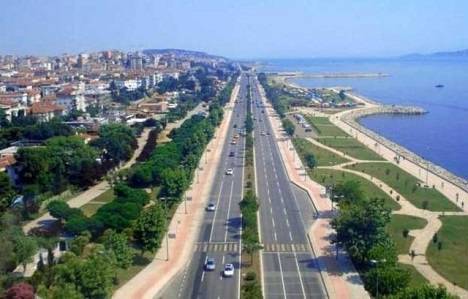 More Than 25 Billion Liras of Investments in Istanbul

Strategic Plan of Istanbul Municipality for 2016-2019 has been announced, it shows the planned projects and the total cost of upcoming investments in Istanbul.
Istanbul Metropolitan Municipality’s strategic plan for 2016-2019 has approved at the city council. The plan contains the detailed process of upcoming projects for the next 4 years.
21,5 Billion Liras for Rail Systems
According to the strategic plan, 21.5 billion Turkish Liras will be spent on rail system projects between 2016-2019. In 2019, the length of rail systems on the Asian side will be increased 140 percent and on the European side this percentage will reach up to 295, which indicates that total length of rail systems on the side will be 672 kilometers.

683 Million Liras for Sea Transportation
For sea transportation developments, 683 million Turkish Liras will be spent. Swimming docks, renewal of Karakoy dock, Regulations for coasts of islands and new marina projects have their place in upcoming plans.

775 Million Liras for Urban Transformation
Within next 4 years, 128,6 million Turkish Liras for urban transformation projects and 646,4 million liras for transforming slum areas on the municipality parcels to better settlements will be spent. Each year 90 house in slums will be liquidated and at the meantime 780 social hosing will be completed.

There will be More Green Area
The strategic plan aims to increase the green area of Istanbul to 1,4 million square meters by renewing the European Side Kent Forest, Ortakoy Valley, Sariyer Haciosman grove and Kucukcekmece Menekse Brook. 5,1 billion liras will be spent for this renewal process.