Land Prices Are Affecting Prices of Properties in Istanbul 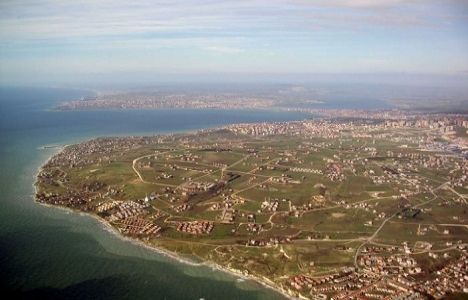 Land Prices Are Affecting Prices of Properties in Istanbul

Due to decreasing amount of the available lands in Istanbul that are located in central districts, lands around the borders of Istanbul getting much more valuable and directly increasing the prices of properties in Istanbul.
Istanbul is a very fast developing mega city and in past 10 years the city’s skyline noticeably changed with major scaled housing projects. This situation have caused lack of lands with enough spaces for new housing projects to be built. There are very less amount of free lands in central districts and land owners demand high prices, therefore construction companies focus on the lands that are close to the borders of Istanbul. Sancaktepe and Tuzla districts are the favorable districts on the Asian side and on the European side, Çatalca and Silivri districts are popular to make a land investment. Other than these districts, Beylikdüzü on the European side have become much more valuable in years that a land that was bought 10 years ago is now 20 times more valuable than its price that was paid 10 years ago.

The increase in land prices have directly increased the house prices in Istanbul as well, which is 27,57% higher than the last year. According to the Central Bank of Turkey’s data, high prices is not affecting the demand of new luxury properties in Istanbul and standard housing complexes. Istanbul’s constantly increasing population also pushes people to the borders to have new houses and most of the buyers are untroubled by this. Location of the new housing projects assures a life, which is far from the turmoil of the city and new public transport amenities have made travel in the city much faster compared to past years, so people are not concerned with having a hard time to go anywhere they want.