In Istanbul, Besiktas's soil is worth more than gold 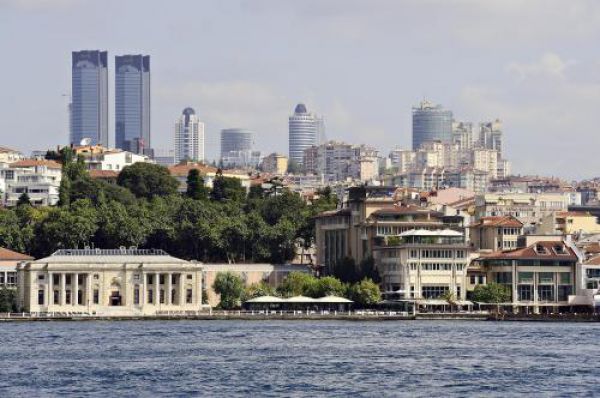 In Istanbul, Besiktas's soil is worth more than gold

While the square meter prices for residences in certain district of Istanbul are on the constant increase, Besiktas, a district in the European side of the city by the seaside, has become one of the districts with the highest price increase. Istanbul has always been a center of attraction throughout history, as the increasing population and many residential projects are causing the residence prices to increase. Istanbul which qualifies for the saying "paved with gold" is becoming more attractive for investors. According to data gathered by an Anadolu Agency (AA) reporter from REIDIN, in March 2015 the square meter prices for residences in Besiktas increased by 24.7 percent to TL 5,885. As a result, the increase in the residence prices in Besiktas increased more than gold, which saw an increase of 10.6 percent in the same period. While a gram of gold was TL 88.37 last year in March, it increased to TL 98.86 in the same period this year. Further, Besiktas with TL 5,885 per square meter became the most expensive district in Istanbul in terms of residence prices followed by Sariyer with TL 5,236 and Kadikoy with TL 5,094. Within the same period, square meter prices of residences in Sariyer, another district in the European side of the city by the seaside, increased by 22 percent and by 10.7 percent in Kadikoy, a district in the Asian part of the city by the seaside, again higher than the increase in gold.