Turkey: House sales up 15% in February 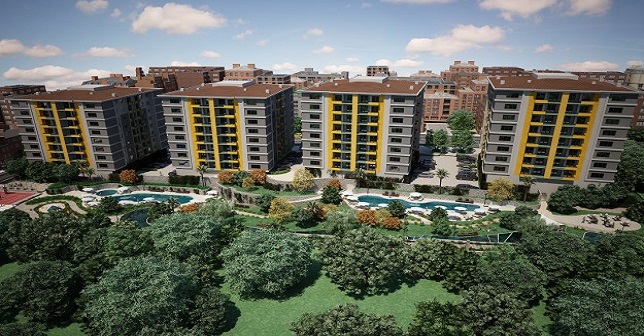 Turkey: House sales up 15% in February

In overall sales, Istanbul has maintained its top spot with almost 19 percent of sales. Homes sales in February were up over 15 percent, the Turkish Statistical Institute said in a statement on Tuesday. The surge came after a drop of 1.7 percent in January. Housing sales in Turkey surged nationwide in February after a decrease of 1.7 percent in January, According to the institute’s house sale statistics, 95,021 houses changed hands in Turkey in February. "An increase in MORTGAGE LENDING was helping to create a healthy domestic market," Julian Walker, director at Spot Blue International Property in Istanbul, told The Anadolu Agency. Of those, 1,369 were sold to foreigners, an increase of 28 percent compared with 1,071 in the same month of last year,Â including 466 houses in Istanbul and 356 in the holiday resort province of Antalya, 106 houses in Bursa and 77 houses in the northwestern province of Yalova. "Russian INVESTORS in Turkey are selling their house in Antalya, Turkey’s top tourism spot, due to economic conditions in Russia," said Seref Saglam, the chairman of Antalya Real Estate Agencies Chamber. In overall sales, Istanbul maintained its top spot with almost 18.6 percent of house sales. The capital Ankara and the western province of Izmir followed with 11.6 and 6.2 percent SHARES respectively. However, MORTGAGES for house sales in the country rose to 36,952, an increase of 53.6 percent compared to the same month of the previous year. House sales with mortgages had a 38.9 percent share of all house sales in Turkey. Currently, the MORTGAGE RATE is between monthly 0.70 and 1.25 percent. Figures show that home sales have been rising over the years in Turkey, as the number of houses sold increased from 701,621 in 2012 to 1,65,381 in 2014, when 18,959 houses were sold to foreigners. International figures also show growth of 6 percent over the previous month, Walker pointed out.Â "This is to be expected as the summer season approaches for the coastal areas. Elections, OIL PRICES and currency strength will be influencing factors in our key markets of the UK, Turkey and Middle East in 2015," Walker said.