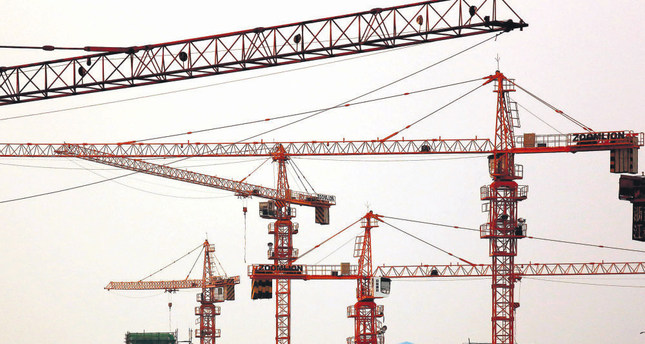 Ziad Al Bassam, the CEO of the Saudi Arabian-based Al-Bassam Group, has announced that the group and Sumou Holding will launch a new fund of TL 2 billion ($750 million) in Saudi Arabia in order to invest in Turkish real estate. Delivering a speech at the International Investment Summit, Al Bassam said that they intend to work with public companies, including Emlak Konut Real Estate Investment Partnership, Istanbul Public Housing Corporation (KİPTAŞ) and the Housing Development Administration (TOKİ). Al Bassam said that the fund will be launched this year, adding, "Turkey offers great potential for investors. Additionally, it is a country where we feel at home due to our historical roots." He also expressed his wish to undertake further cooperation in Turkey. Speaking at the summit, Minister of Science, Industry and Technology, Fikri Işık, stressed that Turkey pays great attention to fiscal discipline. "We managed to regulate fiscal discipline," Işık said, adding that Turkey is no longer a country in jeopardy because of budget deficits. Describing the figure that Turkey has achieved in reducing the budget deficit as "unimaginable" for many countries, the minister said that Turkey has attained the best banking system in the world thanks to the reforms in the sector. Turkey is no longer a country that has risks stemming from banks, he added. Abdurrahman Abdullah Al Zamil, the chairman of the Saudi Arabia Chamber of Commerce, said that Saudi Arabian industry is ready to invest in Turkey, if Turkey establishes free zones in the petrochemical industry. "One needs to go outside the Çırağan Palace when he comes to Istanbul," he said, claiming that he saw hi-tech production facilities in Istanbul. He expressed his excitement to see a Muslim country with such high production facilities and carrying out exports to Europe. Al Zamil said that as of now, he will order Saudi authorities to not join programs that do not include industrial zone trips, proposing the establishment of a common industrial zone with Turkey. The investments flowing into Turkey from Saudi Arabia are not limited to this. Mektebim Schools, which offer education with its 27 campuses across Turkey, will open up to the world in cooperation with Saudi Arabia's Economic and Development Company (SEDCO). Mektebim Schools is set to open schools in the Arabian Peninsula, the Turkic Republics and the Balkans with SEDCO, which aims to purchase 20 percent of the shares as a part of a recent partnership agreement. Ümit Kalko, the founder of Mektebim Schools, said that the main objective of a strategic partnership with such an investment group is to open up to the world. "We want to wave the flag of Turkish education across the world," he added.