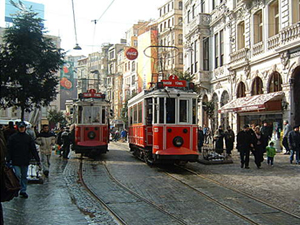 The Turkish housing deficit is well-documented with the Central Bank of the Republic of Turkey stating a requirement for 5.5 million additional homes in Turkey by 2015, of which 50% are needed in Istanbul in order to address the chronic shortage of Istanbul properties."

The population of Turkey is growing faster than in any other country in Europe, and will soar to 83 million by 2023, up from 72.5 million today. Turkey has an unusually young demographic, with half the population below 29 years old, according to TurkStat. The working population is an unusually large section of the total population, which has a strong impact on economic growth.

Pressure on existing housing in Istanbul is set to increase, as the population rises from 12.7 million today to 15 million by 2023.

One of the key issues driving the Istanbul real estate market is the severe housing shortage, some 500,000 properties in Turkey will be needed by 2015, 250,000 of which will be needed in Istanbul.