How to Survive Istanbul's Legendary Traffic 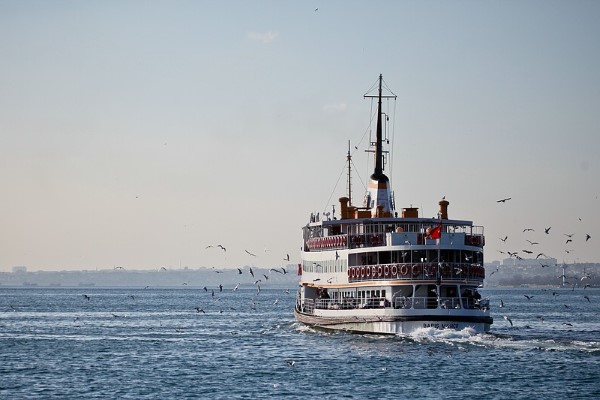 How to Survive Istanbul's Legendary Traffic

Istanbul does many things to its visitors. It enchants, inspires, amazes, and in certain rare instances, frustrates. The frustration usually comes from being stuck in the city's notorious traffic, during rush hour or weekends. Whether you are just passing through as a traveler or exploring possibilities to buy Istanbul real estate, there are a few tips and tricks you can use to survive the city's traffic jams. Even some of the locals may not be aware of these tips, but they will save you the frustration and, most importantly, a considerable amount of time.

Learn and Use the Ferries in Istanbul Although Istanbul has great means of sea transportation, thanks to its many ferry lines, a majority of people forgets about using them. For tourists, the ferries are mostly a great way to experience the beauty of the Bosphorus. Yet, they can easily save you time and allow you to skip the frustrating traffic, if you use them well. For example, let's say you are in Beşiktaş, trying to get to Eminönü. Normally you would either take a bus or a cab. But if it's rush hour and traffic is moving inch by inch, you will be stuck for a good hour trying to cover a distance that would normally take 10-15 minutes. As an innovative solution, you can take the boat to Üsküdar on the Asian side and then take another ferry from Üsküdar to Eminönü. You will not only save time, but also enjoy seeing some of the most well known historical palaces and most valuable Istanbul apartments with breathtaking Bosphorus views.

The Subway and Light Rail Systems in Istanbul Although it cannot be compared to the complex rail systems of cities like London or Paris, Istanbul's relatively small subway and light rail system can take you extensive distances, without getting stuck in traffic. Both on the Asian and European sides there are two subway lines, plus Marmaray, an underwater rail tunnel connecting Üsküdar to Yenikapı. The light rail system also conveniently connects to the Old City and beyond, all the way to the Ataturk Airport. Connecting through these, you can cover great distances in relatively short times. The locals use these a lot to commute daily to work. The recent boom in the Istanbul property market has created many new residential and commercial zones that are far from the city center, but can easily be reached via the rail system. If you're looking for Istanbul flats for sale, their proximity to the subway and light rail systems will play an important role in their prices. Istanbul Municipality has the IBB Traffic mobile app that is quite reliable in showing you traffic status in the entire city of Istanbul. Yandex. Maps and Yandex.Navigator are also great mobile apps to have. Use them before hopping on a bus or taxi. For many locals, these apps are lifesavers, helping them check the status of main roads and find alternative routes to escape the traffic jams.

Avoid Rush-Hour Traffic If You Can

On weekday mornings and evenings, as well as weekends, when the weather is nice, the likelihood of encountering a huge traffic jam increases. Also note that, if you're trying to get out of Istanbul by bus, plane or ferry during a national or religious holiday, you will most certainly get stuck in traffic for hours. It is common for people to miss their flights and ferries, or barely manage to leave the city limits behind in at least 4-5 hours or even more. Therefore, leaving a lot earlier than you had planned might be a good idea. On weekends, the seaside roads on either side of the Bosphorus are a mess, especially if the weather is nice. The residents of Istanbul apartments in these areas usually prefer to use alternative routes or avoid driving their cars altogether. The breakfast restaurants by the Bosphorus especially draw incredible crowds on Sundays, so either leave early; be prepared or use alternative routes. On weekdays, both of the bridges will be truncated during morning and evening rush hours. Friday afternoons are also notoriously bad times to get stuck in traffic.